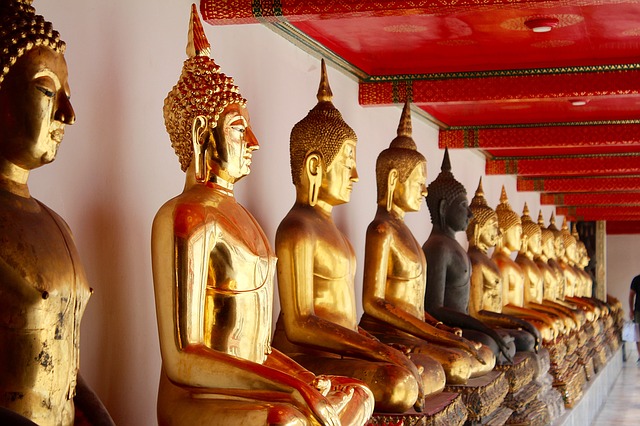 Bangkok is the capital of Thailand and the largest city located on the left bank of the Menam River at its mouth in the Gulf of Siam. Bangkok is known in Thai as Krung Thep Maha Nakhon or simply Krung Thep, which means “City of Angels”. The city was a small trading post near the mouth of the Chao Phraya River during the Ayutthaya kingdom in the 15th century.

Because of its strategic position in Southeast Asia, Bangkok served as a neutral zone between the French and British colonial empires. Today, it has earned a reputation as a vibrant and important city, and the political, social and economic center of Thailand. In the 1980s and 1990s, due to the investment boom in Asia, many multinational companies chose Bangkok as their regional headquarters and the city became a regional powerhouse in finance and business. Its growing influence in politics, culture, fashion and entertainment on a global scale supports its status as a global city.

The official population of Bangkok is 11 million, while the Greater Bangkok region has a population of 16 million. The capital is the center of the megacity, located in the largely urbanized triangle of central and eastern Thailand, which stretches from Nakhon Ratchasima to the heavily industrialized east coast and borders five other provinces: Nodaburi, Patum Thani, Samut Prakan, Samut Sakhon and Nakhon Pathom.

Bangkok’s history dates back to at least the early 15th century, when it was under the rule of Ayutthaya. Its name referred only to a small village on the west bank of the river. Because of its strategic location near the mouth of the Chao Phraya River, the village gradually developed and served as a customs outpost. It was the scene of the 1688 siege during which the French were expelled from Siam. After the fall of Ayutthaya to Burma in 1767, the king moved his headquarters to this village. Since then, Bangkok has undergone enormous changes, developing rapidly in the second half of the 20th century to become Thailand’s main city. It was the center of Siam’s modernization in the late 19th century, including the introduction of rail transportation and public services. During World War II, the city was subjected to Allied bombing, and subsequently represented the central political scene of modern Thailand, with a series of protests and coups occasionally taking place on its streets.

Etymology of the name Bangkok

Bang is the name of central Thailand and a city located on a river. The name may come from Bang Ko (ko meaning “island”), a reference to the landscape of the area, which was carved by rivers and canals. Another theory states that it owes its name to Bang Makok, makok being the name of Spondias pinnata, a plant that has fruits like the olive tree. In addition, Bangkok was probably a common name, which was then widely adopted by foreign visitors.

Bangkok is everything you would expect from the Thai capital: noisy, crowded, colorful, exciting, exhilarating and full of smiles. There are temples, ancient sites and other must-see attractions, as well as trendy shopping malls with a kitschy but upscale vibe. Bangkok may be overwhelming, but it is also a fascinating city that represents the tension in Southeast Asia between the developed and developing world. As for Bangkok’s main tourist attractions, most are historical sites or religious sites such as temples. The most famous and most visited are Wat Phra Kaew and the Grand Palace, Wat Pho with the Reclining Buddha and Wat Arun (Temple of Dawn on the banks of the Chao Phraya River). But there are also beautiful architectures, frescoes and important historical sites like Wat Sra Ket, Phra Bor Banphot (Golden Mountain), Wat Traimit, Wat Benchamabophit, Wat Bowonniwet.

Thailand’s capital has no shortage of other interesting places such as museums (National Museum, Jim Thompson House, etc.), parks (the most exciting is Lumpini Park), palaces and various shopping malls. Finally, you should not miss the lively and colorful markets such as Chattuchak weekend market, Sampeng market, Yaowarat (Chinatown) and Phahurat night market. It is also essential to get snacks from the street food stalls. Another way to experience the Chao Phraya River and the city’s authentic canals is on a canal tour. Most of these special boat tours start on the east bank of the Chao Phraya and head to Thonburi’s backwaters, complete with Wat Arun, the National Museum of Royal Barges and a floating market.