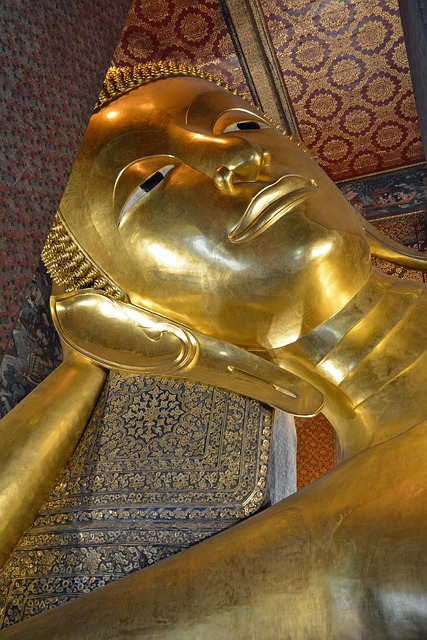 Contents hide
1 Video
2 How to get to Wat Pho
2.1 Related posts:

Built in the 16th century, Wat Pho or Wat Phra Chetu Phon is the oldest and largest temple in Bangkok. The one that houses the famous “Reclining Buddha” is in an impeccable state of conservation.
The age, richness and beauty of the place calls for a deep respect from the moment you enter. The oldest and largest religious complex in Bangkok, dating back to the time of Ayutthaya (16th century), was completely rebuilt in 1781 by King Rama I.

The meticulous workmanship of the sculptures and the brilliance of the ceramics are only the introduction to a chapter where each page is just a compendium of Thai religious art. The chedis, like colourful stalagmites, are astonishingly concentrated. 95 pointed buildings, including 91 small and 4 large royal chedis containing the relics of kings of the Chakri dynasty, are spread throughout the site. The Buddhas in the cloisters, which number in the hundreds, are as impressive as the Wihan’s visit to the “Reclining Buddha”. The building, of good size from the outside, however, hardly contains this immense Buddha (46 metres long) in a position of ascent to parinirvana. The other wihans, with their fountains, statues, trees… and especially the main bot and the medicine pavilion are also to be seen.

Despite its status as a major historical monument of the City of Angels, Wat Pho is still active. In addition to the religious rituals, such as the ordinations ordered by the monks of the neighbouring monastery, where nearly 300 monks live, life is also organised around the massage centre. On one side, there is the salon, and on the other, the training centre for traditional Thai massage techniques, open to all. The temple, which was once famous for its teaching activities, still offers some subjects.

How to get to Wat Pho